Since 9/11, U.S. immigration policy has experienced increased restrictions for foreign people entering the country compared to the past. Tighter security measures have taken place including fingerprinting, background checks and in-person interviews at consulates and embassies for visas. Although unlikely, immigration DNA testing can be a requirement in the future.

From a Forbes magazine column, Bill Aulet and Matt Marx teach an introductory entrepreneurship class at the Massachusetts Institute of Technology or MIT. Both instructors envision a graduating class of American entrepreneurs. However, most of the students are foreigners with student visas. Thus, many MIT entrepreneurial students lack visas to work in the United States because they are not US citizens or permanent residents. Unfortunately, foreign MIT students are leaving entrepreneurship classes with academic insight rather than applying what they learn to the real world.

Work visas, especially the H-1B, are a sponsorship from companies to employ foreigners for open positions. Thus, Aulet and Marx argue that the current immigration policy does not support entrepreneurship for foreigners. Not to mention, foreigners cannot have majority shareholder rights in a U.S.-based company even if it employs 25 or more employees.

Three Suggestions to Alter the U.S. Immigration Policy and Sentiment

Based on their expertise on entrepreneurship, Aulet and Marx suggest three facets to change the U.S. immigration policy.

First, an entrepreneur visa, such as an EB-1 status, should be created as foreigners have innovative ideas and education to establish new businesses. Currently, the United States has a similar visa for scientists. Aulet and Marx refer to the UK’s recent creation of a visa for entrepreneurs as an example of what the U.S. should do to attract immigrants.

Secondly, the U.S. approach to immigrants should be welcoming rather than alienating them. Due to fingerprinting and background checks, foreigners may feel themselves being treated as crime suspects.

Finally, Aulet and Marx infer to the drastic nature of start-ups. Thus, both professors argue that the immigration policy should consider the needs of entrepreneurs by reducing bureaucracy.

Thus, Aulet and Marx prefer immigration as a tool to promote entrepreneurship, which will result in economic growth and new jobs in the United States.

Immigration is a Long, Complex Process

Due to bureaucracy, immigrant entrepreneurs will be required to submit various documents. Sometimes documents can be lost along the way, which can cause legal issues including overstaying and deportation. Additionally, visa status changes can be difficult due to different paperwork. Thus, immigration lawyers are around to help foreigners with visa and other issues. 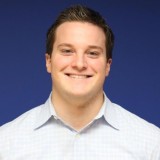 A recent graduate from William Paterson University, Derek keeps busy by blogging for multiple websites about various topics. When he is not blogging, he enjoys working out, relaxing, and seeing concerts with his girlfriend.